Hello! And welcome to another week of my thirfy finds. I didn't go thrifting as much as I have the past few weeks, because Brad and I are starting to get really serious about buying a house, because renting sucks; and also, housing prices are rising (which is totally lame - as theres no reason they should be especially in THIS province - but whatever thats just my opinion. But Im totally not bitter about it...) so yeah - houses cost money, and itd be great to get in when its not insanely crazy expensive. So Id like some money to buy a house with, which means maybe I should cut down on the excessive spending. I mean I know its only thirfting and the stuffs super cheap anyway, but it really starts to add up people!

My living room looks like Value Village jr. and If I dont get it all listed on etsy (correction - EBAY. Im not going to use Etsy for the time being) soon, Im going to end up on the next episode of hoarders. Not good. Not to mention, I want my living room back, please and thanks.

So heres what I got this week: 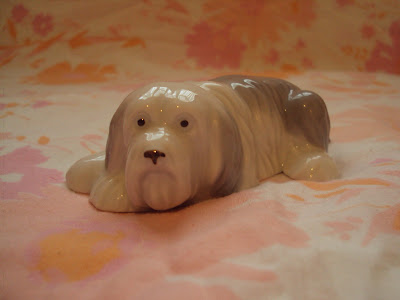 How cute! Little sheep dog figurine! Hes marked with a Gift Craft sticker, made in Taiwan. Despite his cuteness, I'll be selling him (on Ebay, because Im not doing Etsy anymore! - more on this later). 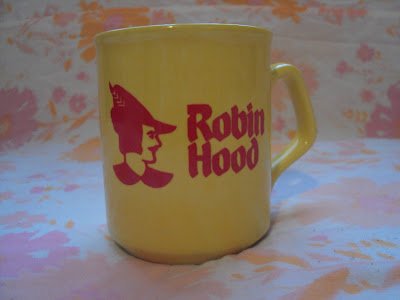 How cool is this. well ok its not that cool, its just a mug with the Robin Hood flower logo, but its old and I like old. Its made in England, and the freaking people at value village had this marked for 1.99 sometimes I get so mad when they price things that are older, higher. UGHHH! 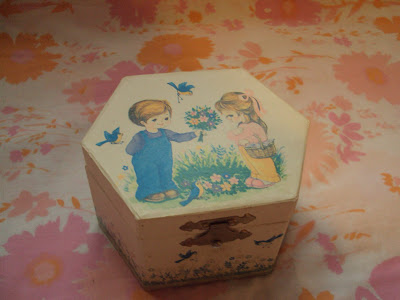 I think Brad likes this more than me. Ha. I really like the pictures, the inside is pink, with a little mirror and a ballerina who still dances to the tune "love story". 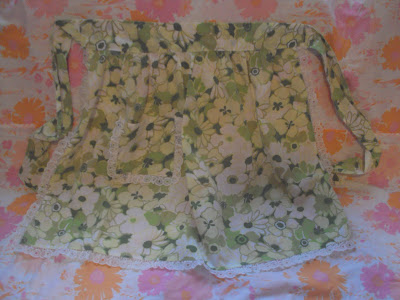 Love vintage aprons, this one looks handmade. Its the second in my collection. 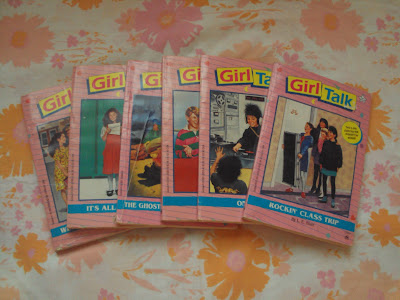 How odd that last week I found the Girl Talk game, and this week I find six Girl Talk books? Hmmm..These are for sale too. 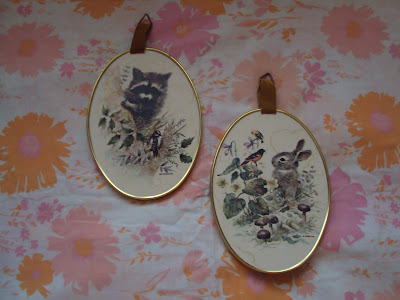 I really like these, they both have a bit of what looks to be water damage, but I couldn't resist them. Not to mention they were only .99 cents each. 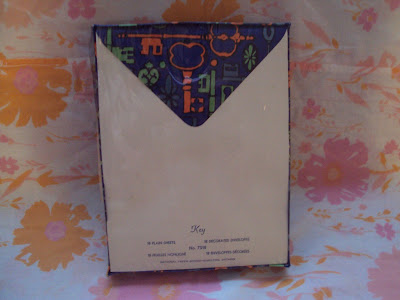 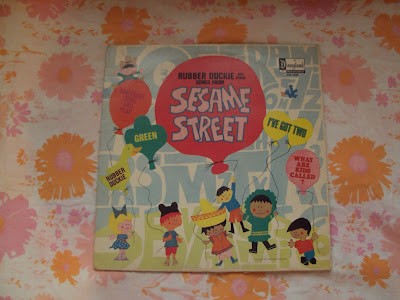 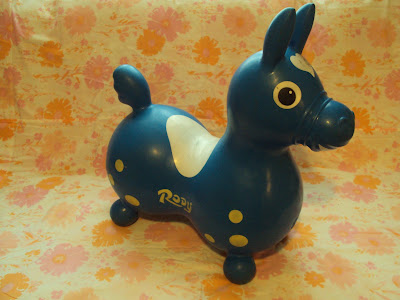 Rody is an original 1984. YES! Hes living in my living room in the corner, hes going to live with me for a long time. Im going to let my future children love him. 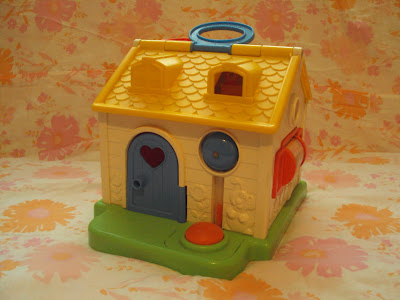 Unfortunatly no "chunky" little people came with this, but I do remeber this well from my own childhood. I never did have one, but I played with it on several occasions elsewhere. Im debating whether or not I should sell it, or try to get the people that match and hold on to it. My future children will have many vintage toys. 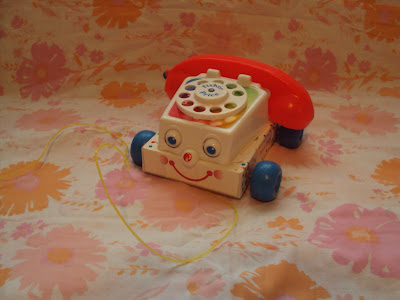 Ahh an oldie, but a goodie. The Chatter phone. 1984. WITH its original pull string. 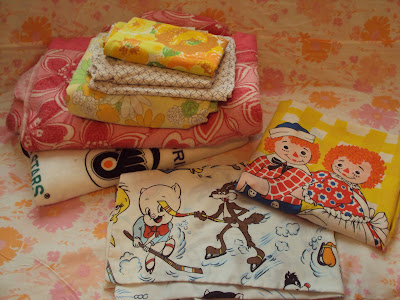 A STACK of vintage sheets and blankets. The Looney Toons are 1980 (two pillow cases), and the raggedy ann is a pillow case too (that I found in the valence section?). Two vintage blankets (I grabbed the hockey one for Brad, I doubt it was ever used its in such good shape), and a few more pillow cases and flat sheets (including the one Im using as the backdrop).
Overall a pretty decent week, if I don't say so myself!

Hflo
Hi! I'm Holly, I'm a mainlander (originally from Toronto) living on the island province of Newfoundland. I'm in my mid twenties and I work full time as a Nanny to a wonderful family. I love thrifting, crafting - knitting, crochet, paper crafts and soon sewing! - my three cats, and my amazing fiance Brad. Oh and Newfoundland! If you like what you see follow me!